Drones are more popular than ever and it’s not rare to see one of the unmanned aerial vehicles up in flight whilst you’re walking down the street. Also known as quadcopters, drones are very stable and maneuverable pieces of equipment, as they each have four motors and propellers along with a gyroscope to measure the drone's position. This allows for a smooth flight by altering the speed of each propeller on correspondence.

If you’re looking to buy a drone, it can be difficult to know which one to buy, particularly with so many on the market. Luckily, we have compiled a guide which can help you to decide on the best drones for your needs and inform you about the drones' features, as well as the best deals.

If you’re new to the world of drones, a beginner drone may be the one for you - and the drone that you are going to find most affordable. With shorter ranges and flight times, beginner drones allow you to get to grips with the flying of the device with relative ease. They are easier to fly than other drones on the market and well-built - meaning that, if you do happen to crash it into a tree or building or miss that soft landing, there won’t be much damage. Furthermore, thanks to the popularity of beginner drones' features, spare parts can be found for pretty low prices.

For beginners, the best drone has got to be the AA180, a first-person view camera drone. It also has to be one of the best drone deals, available for just $129.80. Offering up to ten minutes of flight time, this beginner drone is also fitted with a low battery alarm and out-of-range alarm which will prevent you ever losing your device. For such an affordable drone, its flight range of 330 feet is incredible - and, with three levels of flying difficulties, it’s perfect for the whole family to use.

Much like with beginner drones, there are some great hobby drone deals. Affordable and durable but slightly more advanced than beginner drones, these often have features that are tailored towards users who are more experienced in handling drones. With specialized cameras and longer ranges, if you’re an experienced drone user, the Altair 818 Plus is the perfect choice for you.

A brilliant drone ideal for all skill levels, it boasts several speed levels, expertly good hover capabilities and advanced control features. Such features include altitude hold mode and holding hold mode, as well as a strong and lasting design. However, the most impressive thing about the 818 Plus has got to be its camera. With 15 minutes of battery life and a range of 150 meters, you’re able to snap difficult-to-reach places from a spectacular bird’s-eye view. The drone also enables continuous live streaming of first-person video from 60 meters away, meaning that you can easily keep track of the shot to get that perfect final product. 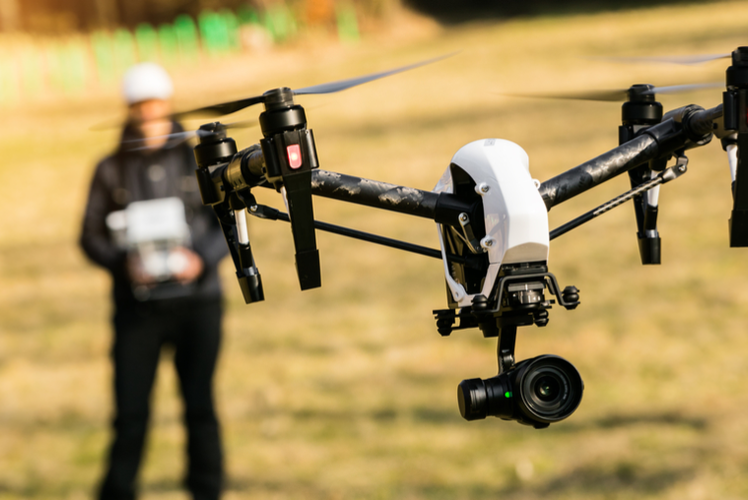 If you’re after a drone purely for photographic use, then a camera and professional drone is the route to go down. Admittedly, these are more expensive, owing to their advanced features that allow for incredible photos and videos. This is because they are equipped with better quality cameras, with many drones in this category featuring GPS tracking, allowing for a better landing and return to user.

If a camera drone is for you, look no further than the DJI Phantom 4. This can take off automatically and return using GPS technology. It is also able to fly at an impressive speed of 45mph. With intelligent flying skills, it can navigate itself in the air, avoiding any obstacles, and boasts a flight time of 30 minutes.

The lens of the DJI Phantom 4 camera offers a broad view and captures marvelously clear, crisp images. Software included with the drone will allow you to edit the footage by adding music, frames and text, meaning that you can practically produce your own film. Built with redundancies to improve reliability, this drone comes at a hefty price of $995 - though, for photography and videography enthusiasts, it’s well worth it. 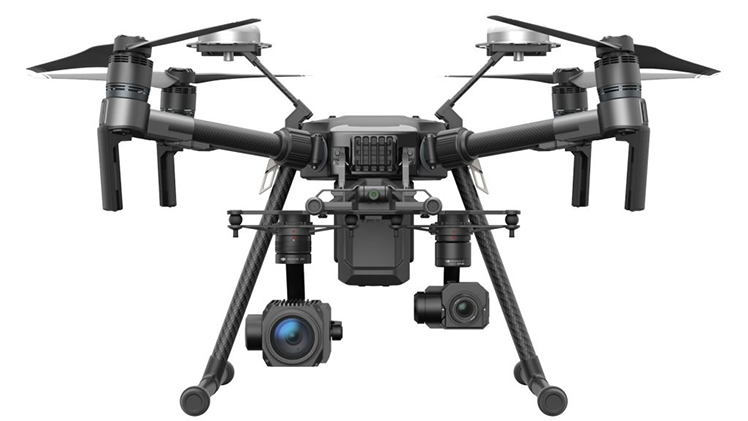 Built for speed, these are fantastic if you fancy yourself as the drone-flying equivalent of Scott Speed. Able to go up to 100mph in a dive, these drones feature a first-person camera allowing you to fly the drone as though you’re inside it, making for a brilliant experience.

If you have the appetite for a competitive drone race, strongly consider the RISE Vusion 250. It's easy to fly and only takes around an hour to construct, while it’s incredibly easy to handle in the air and performs wonderfully. It will certainly win you races and won’t let you down. With a top speed of 60mph in normal flight, it’s one of the fastest drones on the market. The RISE Vusion 250 has an instant FPV which allows you to begin flying right away - and, with goggles and an LCD monitor, you’re able to watch your flights safely and easily. This drone is resistant to crashes and easy to repair, so fixing this drone is not hard should it pick up. At $200, this drone is a steal.