If you’re looking for a PlayStation 4 bundle but are unsure which to choose, then rest easy, as we’ve compiled a guide to the best PS4 bundles on the market.

The PS4 has gone from strength to strength in 2018 and is now better than ever. If you’re looking to play the latest games such as Spider-Man and God of War, then a PS4 console is a must. It’s little surprise that the PS4 is the best-selling console of this generation, as it’s more versatile than anything else on the market and certainly boasts the best games.

When you are choosing a bundle, the game you receive with your PS4 is the biggest factor to consider. This is because, with most bundles, the savings you get basically provide you with a free game and this is likely to be the thing you play most for the first few months.

Choosing a game isn’t the only decision you need to make, as you also need to decide whether a PS4 slim console is the one for you or if you want to go for a Pro, the more powerful of the two. The decisions don’t end there, as there is also the necessity of deciding between 500GB and 1TB storage for the hard drive.

This bundle is an excellent choice for Star Wars and action fans, as the game will immerse you in some legendary Star Wars battles, allowing you to play the hero as a fearless trooper or pilot. 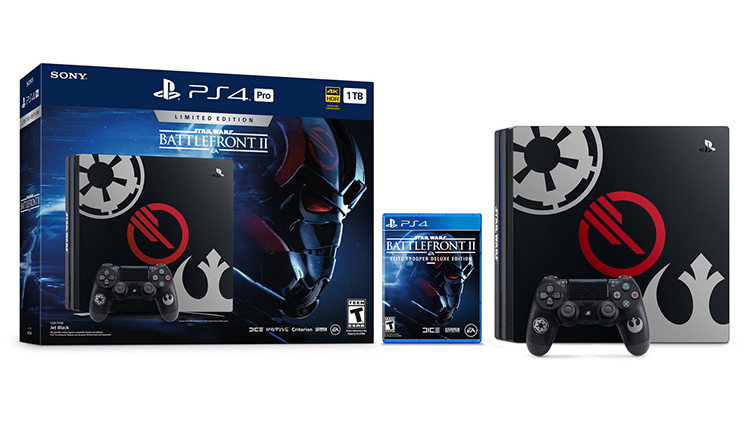 You’ve probably heard of virtual reality and, as it’s forever advancing, this is something that Sony are very much on board with. If you would like to hop on board the VR hype, then the PlayStation VR Five Item Start Bundle may be for you.

With this bundle, you will receive a PS4 Slim 500GB Console, Until Dawn: Rush of Blood, Uncharted 4 and the VR set. With the VR set, you will also get the processor unit, VR headset and connection cable, USB and HDMI cable, stereo headphones, AC power cord and adaptor, a demo disc featuring a rundown of how to use VR, a PlayStation Camera and two PlayStation Move motion controllers. The two games you receive with all of this are Uncharted 4 and VR game Until Dawn: Rush of Blood.

If you’re already big into gaming, then VR will blow your mind. This bundle will allow you to step into some mesmerizing virtual worlds, forcing you to overcome new challenges in incredible ways. Here, the PlayStation 4 really does deliver some unexpected gaming experiences through the use of VR. The only negative is that, at $780, it’s going to cost you a fair amount. 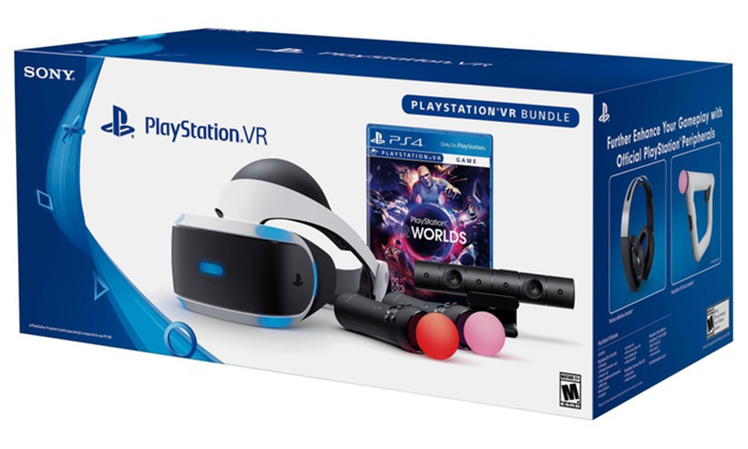 If you’re after the newest PS4 model, it’s likely that you may be after the Pro. If so, you’re in luck as we have the perfect bundle for you. With this bundle, you will receive the PS4 Pro 1TB Console and two DualShock 4 Wireless Controllers. So you aren’t roped into buying a game you won’t use, you won’t be paying for anything else here other than the console and the two controllers.

You may be asking where the difference is between the standard PS4 and the Pro. Well, the Pro offers some stunning graphics, meaning that you can explore games more vividly than ever as the Pro heightens the visual aspect more than you probably ever thought possible.

It's not just the graphics that are enhanced, as the gameplay is also improved with faster frame rates delivering sharper action for certain games. Although the Pro is a different console to the PS4, you’ll still be part of the same gaming community, as the Pro is compatible with every game. You will also still be able to connect with other PS4 users online.

If you use your PlayStation for streaming, you’re in for some extraordinary entertainment, as the Pro offers 4K auto-upscaling specifically for video content, while this home hub is also capable of 4K streaming. At $559 in total, you are getting a fantastic deal.