The best robotic vacuums in 2018

Sadly, despite what you might have been led to expect from childhood memories of The Jetsons, 2018 still hasn’t quite ushered in a world where robot servants unfailingly complete all of our household chores. However, the best robotic vacuums of 2018 have taken on a more robotic character in the last decade.

Admittedly, robotic vacuums are still a very nascent product category. They have lingering faults – including the tendency to get trapped beneath wardrobes or miss parts of the house that, to your eyes, blatantly need cleaning. However, if you have the patience and technological acumen to see past their drawbacks, a robotic vacuum can reward you with a largely hassle-free clean.

Well, more to the point, this is true of the right robotic vacuum. Not all robotic vacuums are getting it quite right, but the following little wonder devices are admirable exceptions…

This represents, by our reckoning, the gold standard of robotic vacuuming. We will make no secret of the fact that vacuums in this product category typically cost their buyers several hundreds of dollars, but this particular device will give its owner unparalleled quality if money is no object.

Where exactly do we start with the superlatives? Whereas lesser vacuums like the inexplicably big-name Dyson 360 Eye often get stuck when they aren’t cleaning carpets in a frustratingly lethargic fashion, the D7 Connected is zippy while gathering much dirt that the Dyson would have missed.

You can expect such impressive results with repeated use of the D7 Connected. Through the Neato app, you can also program the vacuum to avoid defined “no-go” areas of the house, but such is the Botvac’s super navigation that you might never need this particular piece of functionality.

This has a very similar name to the above-mentioned Neato Botvac Connected D7 – and, indeed, does feel rather like a prototype of that model when in use. Unsurprisingly, it also tends to be cheaper – and, if you look thoroughly for Black Friday deals, you might be able to find it cheaper still.

This Botvac Connected is especially notable for its low profile, which enables it to sneak into even slivery gaps beneath furniture. While under there, it won’t lose sight of where it is going, either; that’s because it uses lasers and sensors instead of a camera for navigation purposes.

When it does get stuck, which isn’t entirely beyond it from time to time, it will bleep as if crying out for attention. It’s no wonder that, as can happen surprisingly easily with a robot vacuum, you could find yourself cooing at it like it’s a cute pet. Okay, so we might be slightly digressing…

iRobot is one of the most respected purveyors of robot vacuums – and, of the many iRobot vacuums available, the Roomba 980 warrants a special mention for the delightfully wide variety of flooring which it can tackle. Carpet, hardwood and linoleum are all covered – but, surely, not in dirt for long…

We can largely attribute this rich functionality to the Roomba 980 AeroForce Cleaning System, which automatically increases or decreases the suction depending on the terrain that is detected. The vacuum’s height of just 91mm also lets the device squeeze under even very low sofas.

The Roomba 980 also deserves brownie points for the ease and speed with which it can be cleaned. This is applicable even in the case of the vacuum’s rubber brush bars, which you could find immeasurably useful due to their help in preventing the likes of hair becoming tangled. 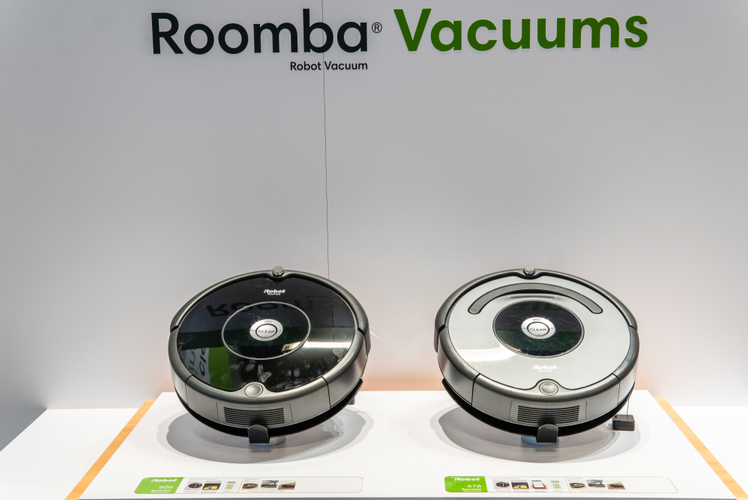 Announced as recently as September, the Roomba i7+ is a high-end model. Though Roomba vacuums have long had much to recommend them, they do often have the drawback of emptying their memory of your home’s layout once the device has finished cleaning in the building.

However, the Roomba i7+ will not only continue to remember this residential layout but also improve the efficiency of its cleaning pattern as it learns more about the quirks of your home. This ultimately means that the vacuum will proceed to fulfill its tasks more time-effectively.

One of the most difficult-to-overlook aspects of buying a robotic vacuum is the often huge expense that this entails. However, whereas a top-of-the-line vacuum of this type can exceed $700 in price, the Ecovacs Deebot N79 only just tips over the $200 mark.

Though there are inevitable compromises to accept when you purchase a robotic vacuum this much cheaper, the Deebot N79 is a lot of vacuum for the money. The device’s admittedly rather nondescript enclosure houses multiple brushes as well as clever navigation software.

Another perk of choosing the Deebot N79 is that it operates relatively quietly, meaning that you can leave it to toil in the background while you catch up on your favorite TV show. 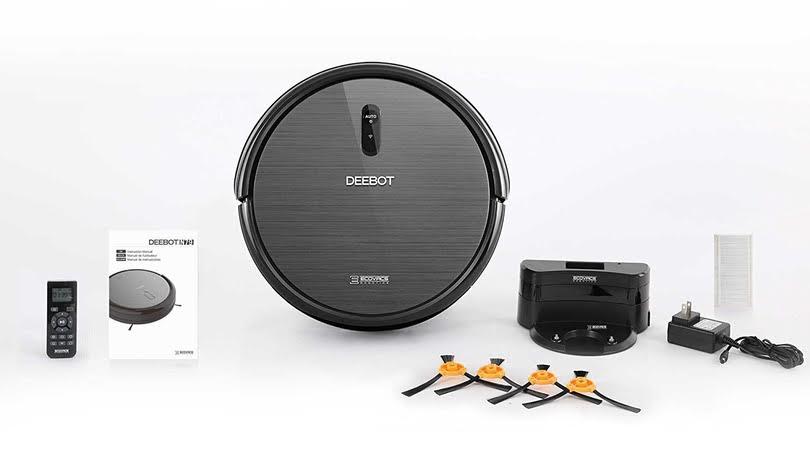