The original Fitbit Versa smartwatch commanded a reputation as a solid all-rounder among fitness-oriented wearables. While not the most spectacular device in its category, the Versa was praised for achieving just the right mix of smartphone sophistication and useful fitness functionality.
So, now that its aptly-named successor – the Fitbit Versa 2 – has been released, what are the key features of the new model that you should be aware of?

If you’re thinking of purchasing a Fitbit Versa 2 principally on account of its fitness functionality – which seems a reasonable assumption – you probably won’t be left disappointed, even if many of its features in this area are the same as those the original Versa offered.
Nonetheless, purchase a Versa 2, and you’ll be able to benefit from the likes of water resistance up to 50 meters – handy for wearing your tracker in the shower or pool – and automatic exercise recognition for 15 exercises.
Other highlights include PurePulse heart-rate tracking and Connected GPS. The latter might admittedly feel like a bit of a letdown if you were hoping the Versa 2 would come with the built-in GPS that the Fitbit Ionic comes with, especially as it means you’ll have to tether it to another device, such as your phone.

It might not be a feature that is likely to resurface in any future iteration of the Versa in light of Google’s recently announced acquisition of Fitbit, but the Versa 2’s system-wide support for Amazon’s AI assistant is a very welcome addition.
You can launch Alexa on your Fitbit Versa 2 by pushing and holding the function button on the left of the display, or swiping down from the home screen.
Once it’s all set up, you’ll be able to use Alexa for everything from checking the weather and setting timers and alarms to controlling your home smart devices and ordering an Uber.

The square-ish Fitbit Versa 2 display is an AMOLED one rather than the LCD of the original Versa, and it’s both brighter and crisper – but there’s the not-insignificant boon of an always-on display to consider as well.
While the first Versa required you to raise your wrist to turn on the screen at all – a limitation it shared with most of its rivals – the Versa 2’s always-on display is merely black and white when inactive, to minimize the battery life it uses up. Crucially, though, even when in inactive mode, the display can be easily read at any angle.
Also worth noting is that while the Apple Watch Series 5 offers similar always-on functionality, you’d have to pay an extra $200 for that compared to the Versa 2.

If you thought the original Versa’s four-day battery life was impressive, you’ll be pleased to learn that a Versa 2 will enable you to go for as long as five days without recharging, according to Fitbit.
In practice, it looks like the battery life of the Fitbit Versa 2 is somewhere between four and five days if you keep the always-on function switched off.
Even in the event that you have the always-on display constantly activated, you’ll still get about two days’ battery life, which beats the much pricier Apple Watch Series 5.

While there are more sophisticated smartwatches out there than the Fitbit Versa 2, those rival wearables also tend to be much more expensive.
So, if you’re looking for a strong overall performer with good battery life and at a decent price point, you’ll still struggle to do better than this well-rated fitness tracker. 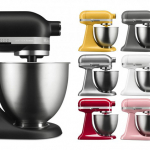 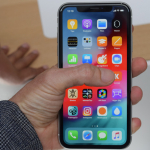